Come fly with me…

This week we are going to tackle the challenge of travelling with kids post a separation.

There may be many of you that have little issue with getting ‘permission’ to take your kids away, however if your like me, it is anything but simple.

If we keep the ethos of, ‘whats best for the kids’ close to heart, this post would be 3-4 lines long and that would be it.  However in reality, what transpires between two adults in this scenario is much closer to selfish needs, that result in children being passed off for pawns in the game of parenting.  Personally, it has been a battle all the way to get permission to take my kids away, both overnight in Sydney, and interstate.  Flying on planes was simply forbidden for the last three years, until recently when my continued requests were acknowledged.  The next aim is to get passports for them so I can take them away on international holidays, however given what has transpired I doubt I will get that one over the line anytime soon! 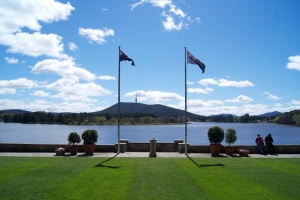 Here are a couple of ground rules my ex-wife and I have set for travelling with the kids.  The other parent is informed of where they will be staying, along with contact numbers and address’s.  If this is to include flying interstate (IE: Gold Coast), then the flight itineraries are to be shared as well.  My point here, is that to offer all the information up front saves allot of the hard questions later.  It also means the other parent knows where they can reach their family in times of emergency.  Some of you may feel its overkill, some may say, why are you asking permission, they are your kids.  My answer to those are, we ask permission to retain some sort of respect for the other parent despite the ‘anything-but-love’ feelings left for them.  Secondly, if the other parent knows the plans, and they have been discussed openly with the kids, then it makes it very hard for the other parent to use it as a stick to beat you with.  Its all about defusing the bomb that isn’t built yet!

Now the tough one…international travel.  My ex-wife and I have had several exchanges about why the kids cannot have passports when I have the means to take them OS for a holiday.  Being completely honest, her reason from where I stand is completely selfish, and nothing to do with ‘whats best for the kids’.  Here in-lies one of the core issues that attaches itself to many separated or divorced couples.  Logical reasoning…  Once love is blurred with distrust, hatred, or even just love falling apart, the ability for either partner to be completely value free is greatly diminished.  Its take some time of internal reflection to really recognise what brought you to the current day.  It is very very hard…  Offering up hard facts that are shot down with ‘because I said so’, is not only infuriating, but emotionally destructive for the children as the watch (and yes they know allot more than you realise) their two parents play out a pissing contest between themselves.  Selflessness is out the door…
Will my ex-wife ever give in and allow our kids to have passports?  Well yes I feel the kids will pressure her eventually, what bothers me though is the opportunities missed now while they are young.  The world is so close today, holding children back from experiencing our world, is for me, not whats best for the kids!

Plan your holidays, yes even plan your long weekends away.  Provide the other parent with all the relevant information so there is nowhere to go with it other than begrudgingly say yes.

Have a great week everyone, for those of you at the very bottom right now.  Believe in yourself first, everything flows from the self, without it, we are all just kidding ourselves into a false sense of security.  Ask for help, if you truly have no one, start writing your thoughts down.  Even if they are rough notes, getting stuff down paper allows you the headspace to shift some of your anger to the pages.  Believe…