In the world we live in today, social media has changed the way we think of our friends; who we define as friends and what what defines them! With Facebook being the most obvious choice for examination, it offers you a choice to send someone a, ‘friend request’.  But what does that really mean? Now 43 and I hope, a little wiser, I have a small group of people I call my friends.  I have a large group of people I call acquaintances, and then there are all the others that sit in that place where you want to be friends with them. Its kind of like an acknowledgment that I think your ok and if I saw you in the street I would say hi.  Doesn’t necessarily mean I would ask you to be my best man though!  Kind of weird, yet a reality for a lot of us I feel… 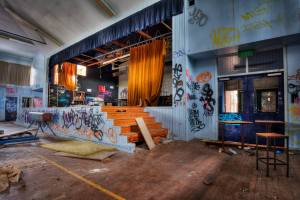 Passing through my years, what I learned is that I changed what I defined as, ‘a friend’.  As a young child it was fairly simple, we play together so we are friends.  Late primary school it changed again as I wanted friends and we started to acknowledge common traits, likes, and desires, that brought us together as friends.  We also needed to (and maybe this was unconscious) build relationships we could lean on when we started high school.  Primary school was one of those real exciting times, it felt very safe (a lot more safer than high school) yet it was so confusing.  You were trying to learn, trying to grow up, trying to impress, and eventually realising that this will soon be over and I will be the young pup in the ‘big high school’.  I was freaking out, so your not alone kids, its perfectly normal! Once in high school it became political, and it was almost instantaneous.  You wanted to be part of a certain crowd, and that wasn’t always the cool crowd (was it really that cool!).  You might have been a quiet kid and just wanted to hang with other quiet kids and be happy.  You might have wanted to be a sports kid so was constantly trying to impress the guns at your school to hopefully be accepted into their fold.  It became a game of sales, of selling yourself, and some times at the cost of what you knew was wrong or at least something your parents would not approve of.  Couple this with the daily increase in hormones and realisation that there were people on the planet that you liked more than just friends, blurred the lines of friend ever more! It was cool to be seen to have a girlfriend, it was cool to be a good sportsman, it was also cool to be smart, and even cooler if you were all three!  I went to a boys high school in Western Sydney, it was a real mix of working families, government assisted families, and migrant families.  All in all it wasn’t a tough school, but it was far from an easy ride.  Fights were one on one, an yes they were about girls a lot of the time.  Next most popular fight starter was a sporting incident or just a few dickheads picking on the weak.  Sometimes some other bigger kids would step in and defend the weaker kids, and amazingly the dickheads would disappear. That was the kid you wanted as a friend, or was it an ally?  Here comes the politics… Choosing sides with social groups inside high school was such a tricky game, being part of certain circles meant protection, meant respect, and in some ways privilege.  I realise now most of it was a pile of rubbish and all that really mattered was that you stood up for yourself and whoever didn’t want to respect that can go and jump! Now a responsible adult (cough) I am proud to say that one of the guys I grew up with in high school is still one of my closest friends.  How I determine what a friend is these days is mostly built around trust, it doesn’t always mean common beliefs or likes, its about respecting their choices, their beliefs because they respect mine.  I grew up in an Australia that was coming out of the White Australia era, we were pretty racist when I was young, all of us.  My mates and I still call the local fish and chip shop the wog shop, the Greeks and Italians guys I grew up with couldn’t care less because they get it isn’t said in a derogatory way.  Today though its a different matter and I can see that it is not acceptable and it is certainly not something I want to impart onto my children.  I think many of us forget that unless we are Aboriginal we are all wogs in Australia! 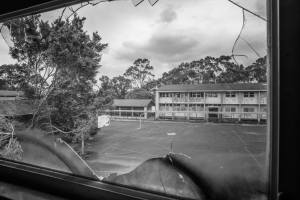 Friends will come and go, how you define friends will change as you get older.  The field will narrow, along with your patience for idiocy.  Trust will play an ever increasing role, and knowing that someone will be there for you anytime you call is a friend worth fighting for. For the kids reading this that are in high school, or about to enter it.  Believe in yourself, listen to your gut, choose your words carefully and treat everyone equally.  No one really knows what goes on in peoples homes, we might think one kid is weird or behaves strangely.  Maybe he only has one parent, maybe his dad is away all the time.  Maybe her mum is dying of cancer…you never really know, so try not to judge.  Its really hard because we are continually forming opinions, its human nature.  I guess what I am saying is that we don’t always need to share those opinions.  Respect is a much better choice… Give everyone a chance, and learn empathy (look it up if you don’t know what it means).  As you grow up, don’t lose contact with those friends from school, they will know you better than almost anyone later in life!  Make whats called an effort, although an effort should never be a word that you put with a person you call a ‘friend’. Thanks to my High School teacher Don Mitchell.  A true friend gone way too early… Pictures: Title picture is me as a youngster 🙂 The two shots are from my old High School, Macquarie Boys High in Parramatta.  These were taken by another high school mate of mine Steven Markham, who since school has become an internationally published photographer. Check out his work here; https://stevenmarkham.com.au/